On the 2nd of February 2015 Pope Francis issued a Letter on the Protection of Minors. In his letter he states:

“At my meeting in July with persons who had suffered sexual abuse by priests, I was deeply moved by their witness to the depth of their sufferings and the strength of their faith. This experience reaffirmed my conviction that everything possible must be done to rid the Church of the scourge of the sexual abuse of minors and to open pathways of reconciliation and healing for those who were abused.”

“Families need to know that the Church is making every effort to protect their children. They should also know that they have every right to turn to the Church with full confidence, for it is a safe and secure home. Consequently, priority must not be given to any other kind of concern, whatever its nature, such as the desire to avoid scandal, since there is absolutely no place in ministry for those who abuse minors.”

Pope Francis’ Motu proprio,” Vos estis lux mundi” establishes new procedural rules to combat sexual abuse and to ensure that Bishops and Religious superiors are held accountable for their actions. It establishes universal norms, which apply to the whole Catholic Church. Whilst the letter issued by the Pope is primarily about universal Church law, it affirms many of the practices which we are already observing in Ireland, particularly the need to report promptly all allegations to the statutory authorities and to fully respect and co-operate with State laws and investigations.

Pope Francis writes at the beginning of the document: “In order that these phenomena, in all their forms, never happen again, a continuous and profound conversion of hearts is needed, attested by concrete and effective actions that involve everyone in the Church”. 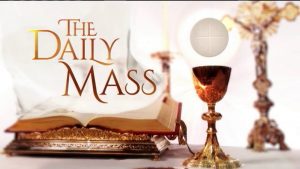 Switch to mobile version
We use cookies to ensure that we give you the best experience on our website. If you continue to use this site we will assume that you are happy with it.OkPrivacy policy